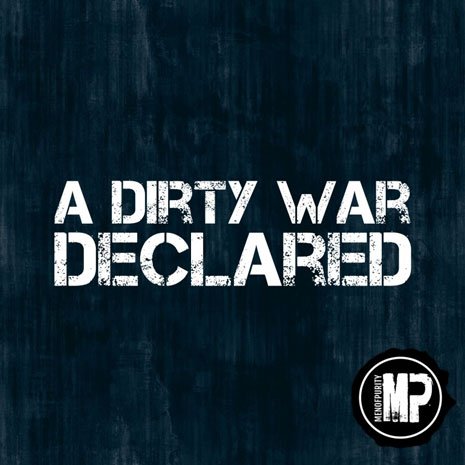 There was a day, not so long ago, when men were sexually pure. There was a day when a man gave his word to forsake all others and he did exactly what he said he would do. He would stay married and faithful to the wife God gave to him to cherish. In that day it was expected that men keep their word to their wives and to others. A man was as good as his word, as the legend would have it.

Then the war happened. This wasn’t an ancient war of long ago, but a war many of us can remember, we were there. It wasn’t a conventional war with bombs, planes and navy ships. This war wasn’t raised by some nation, near or far. This war was raised against us, the church and our culture, from the very pit of hell itself.

The enemy of our souls began a sexual campaign, or as we would later call it, a sexual revolution. This campaign would wage war and question the very core Biblical view of sexuality. This war was vicious with pornography, drugs, and sexual immorality throughout our educational institutions, and spread throughout the land and our churches.

This war placed sons and daughters against the truths and values of their parents, and grandparents, like no other war in the history of mankind. These young people talked of free love, or rather free sex. Sex was without consequences or responsibilities, pornography was a right, and sex was a right that they endowed themselves with and in which they participated in numerous ways over the past several decades.

The Internet has taken this sexual war to every home and cell phone. Pornography is a huge percentage of the Internet. For most of us men it is only a click, or the push of a button, away in order to grant access to the leviathan of the enemy’s army to our hearts and have this monster released into our lives and families.

The cancer of this sexual war has impacted every church in this great nation and many nations around the world. Some churches are active in this war and some have no idea they are in a war, as half or more of their men are dead inside because of their silent sexual issues that are keeping them trapped from reaching their full destiny in Christ.

You didn’t ask for this war. You just happened to be born when the enemy declared war on you, your family, church and nation. I picture every man reading this like the military men at Pearl Harbor or the first responders on September 11th.

The enemy in no uncertain terms has declared a war. You had no say, but you are called to help our God win this sexual battle of our generation. No church before us has been in such a sexually perverse and sophisticated battle of this intensity. We are the only warriors in this battle. The culture says we are crazy or insane to believe God’s Word about sexual fidelity and purity, whether we are single or married.

This war is more real than any war the church has fought throughout her history on earth. If we win this war together, we might see a return to Christian sexual values in our lives, homes, churches and nation. We might return to a day when sexual purity is the norm once again, and perversion is seen for the damaging entity it really is. Even if you have never struggled a day in your life, you will be needed to help win this battle that is at the doorsteps of your brothers in Christ.

I like to ask a few questions to those in the audience of my conferences, questions I will now ask you. Consider each question for a moment.

I thank God for the blood of Jesus who paid for all my sins and because of Jesus God can look at all of us as blood bought men. I want God to be able to look at every man, church, city, state and nation and say, “clean, clean, clean,” and smile upon us all.